Tracks and Maps: The Different Applications of GNSS

In general, satnav or satellite navigation systems are groups of satellites that are used for providing global geo-spatial positioning and allowing electronic receivers to pinpoint location through the transmission of time signals by radio. The standard term used for this kind of system is “global navigation satellite system” or GNSS. While most people have the tendency to use GNSS and GPS interchangeably, they are actually different. GNSS is specifically more of an umbrella term for satellite navigation systems, under which GPS is only one of the different kinds.

Before looking up where you can find a GNSS simulator to ensure your device’s performance, here are some of the applications of this system in our society at present:

For those in the mapping and surveying sector, GNSS has become an important innovation. Some GNSS receivers can be used in positioning survey markers, road construction, and buildings. An efficient mapping and surveying tool, it is often used in solutions that need centimetre-level accuracy.

GNSS has applications not only on land but also on the sea and in the air. Most automobiles on the market today are equipped with GNSS receivers and often can display moving maps as well as data about the car’s location, direction, speed, and nearby landmarks. Meanwhile, boats and ships can also use GNSS to aid them in navigating seas, lakes, and other bodies of water. Functions of maritime GNSS units include improving the ship’s security and the safety of those on board. Meanwhile, air navigation systems, which are usually connected to autopilot, include a moving map display. They are often certified for instrument flight rules navigation. 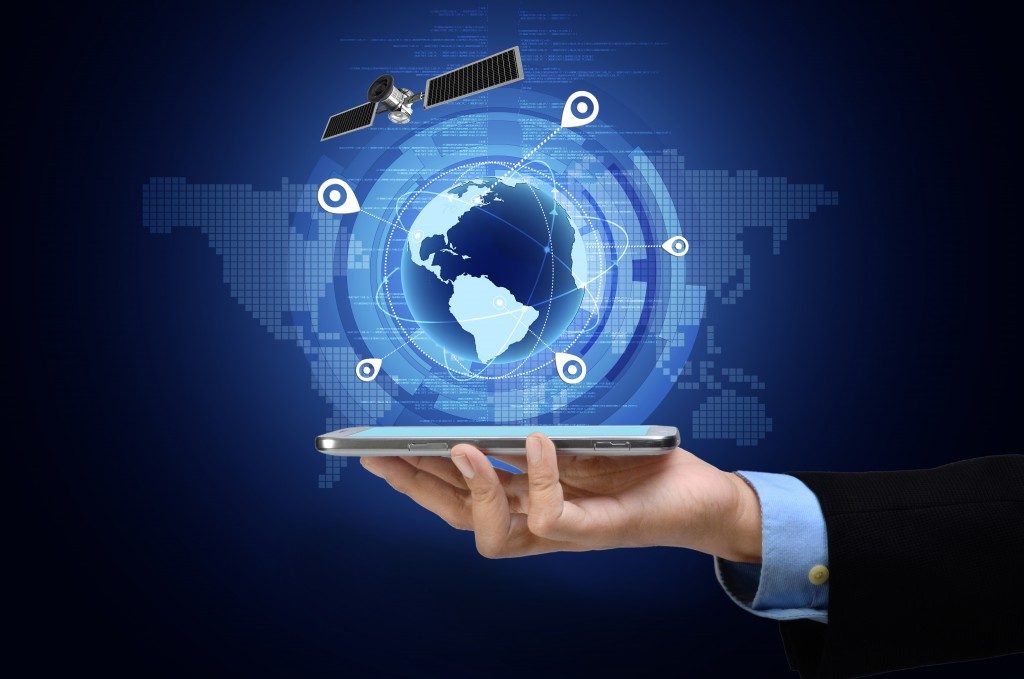 Aside from vehicle use, GNSS can also be utilized by cyclists in touring and racing since this piece of technology allows them to plan the course they’re going to take in advance. In addition, they can also ensure being able to follow the course that they have plotted without having the need to stop to look at the maps. There are GNSS receivers specifically designed for cycling on the market, which help record the cyclist’s progress and include street mapping features. On the other hand, climbers, hikers, and even pedestrians can also benefit from GNSS by using it to determine their current location without having to refer to different maps. This can also come in handy during rescue operations for lost or incapacitated hikers or climbers in more isolated or remote areas.

GNSS can be used to make high precision measurements of crustal strain through finding the relative displacement of GNSS sensors. GNSS stations located around actively deforming areas, such as fault zones or volcanoes, can be used to determine ground movements or strains. In addition, GNSS also has functions in archaeology, specifically in making three-dimensional maps of excavation sites where artifacts are found.

GNSS can be used in wreck diving, a popular variant of scuba diving. This piece of technology is utilized in navigating the approximate location of a shipwreck at the bottom of the ocean. In addition, GNSS is also used in skydiving to aid pilots to steer the plane to the best position that will allow the skydivers on board to be able to fly back to the landing area.

A constellation of satellites sending signals all the way from space to receivers in order to determine positioning and timing data, GNSS has penetrated various facets of society. Aside from military uses, it is also being utilized nowadays for mapping and surveying, navigation, and tracking purposes, among others.