Tech terms are alien language to a non-tech-savvy entrepreneur. Many business owners probably think they don’t need to understand such jargon, but they couldn’t be any more wrong. Sure, they have an IT team to deal with that, but as the CEO, they need to know everything that has to do with their business operations. While studying every fiber of technology isn’t necessary for their field, CEOs should know how certain devices and software work, at least. After all, businesses now run on technology.

Even if their business doesn’t specialize in tech, it’s not a reason to stay ignorant about important tech terms. Besides, it’s their company’s money that buys the technology. It’s only fair for them to know what they’re spending money for.

Without further ado, here are the top tech jargons every new CEO needs to know:

Cloud computing started in 2006, so it’s a relatively young technology. But we hear about it all the time now. When IT professionals say you need to store your files in the cloud, they mean save your files on the internet, instead of your computer’s hard drive. Google Drive is an example of cloud-based storage. You can access it remotely, and you can edit your files right from Drive, which will automatically save them as well.

Aside from file storage, cloud computing also offers server, database, networking, and software services. These advantages allow you to save money on costly information technology and infrastructure. You just need a fast internet connection, and your whole organization can interact in the cloud and use it to complete their tasks.

You may also be familiar with the term “server room”. That’s a place where servers that come as physical machines are kept. A server room is sometimes called a data center, but it’s actually just a part of a data center. The servers in a data center can reach hundreds to several hundred. They are primarily used for executing applications like search engines, social networking sites, and banking software.

The data center must be separated from the main office, and it has specific requirements when it comes to its temperature. That’s because the servers placed together can be prone to overheating. To reduce that risk, companies use high-quality data center cooling systems, which aren’t the same as residential or commercial HVAC units. 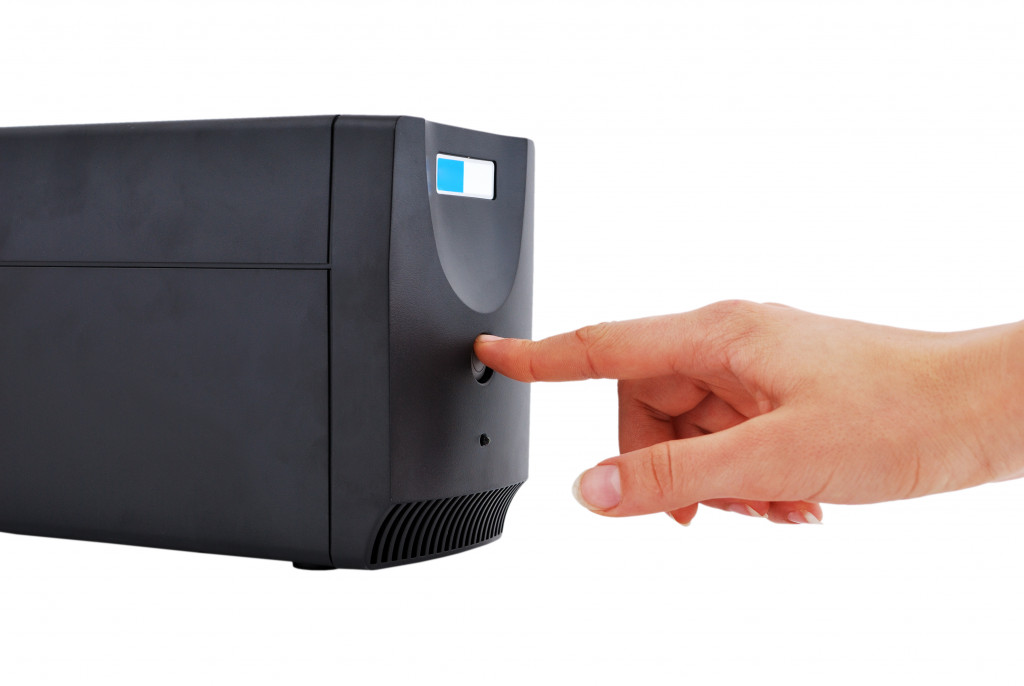 You most likely know this term if you’re a young entrepreneur unless you’ve never seen one. A UPS is a battery backup that gives power to a computer during a power interruption. They come in different sizes and power capacities. A small UPS can power up a computer for just a few minutes, while larger systems are enough to keep the computer on for several hours.

Data centers also use a UPS. It can be set up to allow file servers to shut down properly when a power interruption occurs.

This is a term every entrepreneur must know and understand nowadays. If you know how the algorithm works, you’ll be able to manipulate it. An algorithm is often associated with social media, and that’s because whatever we see on our feeds is the algorithm’s work. By definition, an algorithm is a programming procedure that solves a problem. Hence, we could say that in social media, an algorithm “solves” your problems by showing you different kinds of media, including ads, that will likely catch your interest and make your life more fun and easier.

Businesses can use algorithms to their advantage. The simple use of hashtags already allows them to manipulate it. It’s how they make their ads viral. So if you need to reach out to your market via social media, create posts that will capture their attention, and the engagement your post will receive can increase your online visibility and drive traffic to your website.

These are just basic tech jargon, and once your company grows, you’d encounter more terms that you’d also need to understand by that time. So while your startup is still developing, do your research on these types of technologies, and you can give your company the boost it needs to nail its IT game.