Online Communications during the Pandemic

The way we communicate has changed during the pandemic. One of the sectors that received the most changes is in the realm of business. It seems that the way businesses communicate has improved in only a matter of years.

The pandemic has forced many businesses to close down either or change their practices. This includes digital businesses that weren’t prepared for such a transition. But as the months go by, more and more businesses started to adapt to changes faster than before. This is because online communication tech improved drastically throughout the months of the pandemic.

Some of these noticeable changes include faster connection speeds, clearer voices, and even high-quality video settings. Here is a look into how business communications became even better this year.

We can’t start this article without mentioning Zoom, as it became almost an instant success overnight during the pandemic. But what particular things did Zoom improve upon when it comes to online communication? And why did a company like Skype didn’t grab the spotlight despite starting many years before Zoom?

Zoom improved online communication in many ways. But the most important improvement is its ability to do video conferences to up to 100 attendees. That’s something unheard of, and frankly, many companies considered it to be impractical at first. But as the app continued to improve itself, many companies have started to utilize it for big and small meetings. It can even be used for team-building!

The app also made online communication accessible to all kinds of people, even the elderly. As we all know, there is still a decent amount of elderly in our workforce, most of which are incapable of utilizing complex online tools. But because of Zoom and its simple but elegant design, anyone can use it with barely any research into the tool.

Lastly, Zoom has improved video conferences by making them more interactable for all sorts of participants. The addition of reactions and administrative tools has made it so that everyone can participate while also increasing the privacy of every meeting. 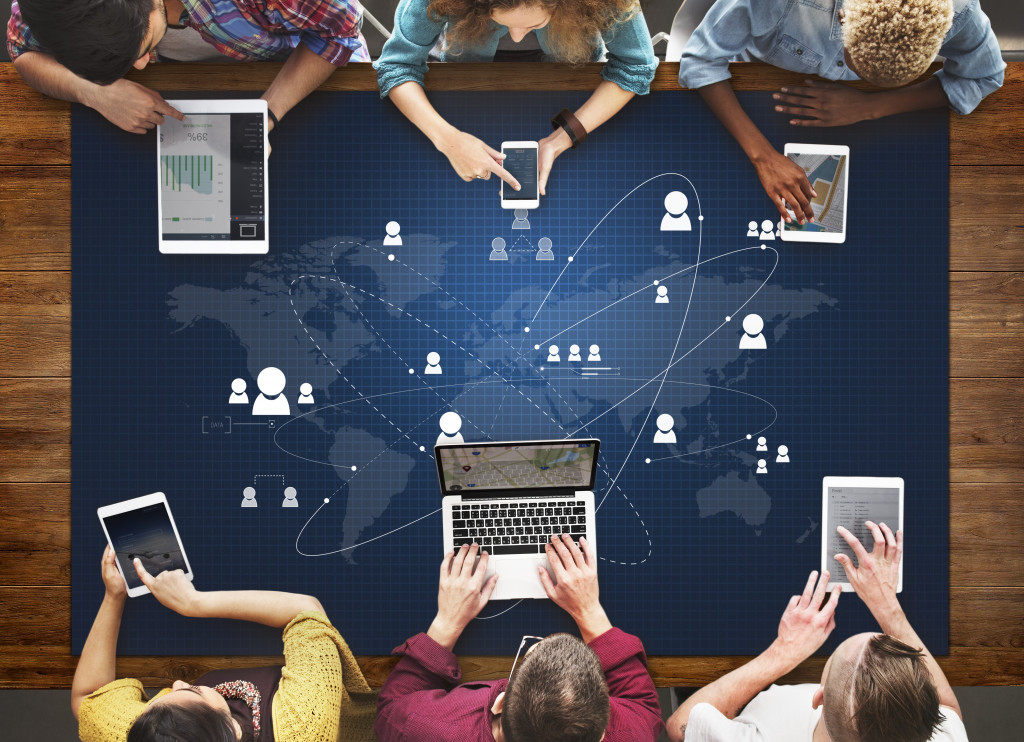 Zoom reached such a following because of all the improvements it made in the realm of business. Compared to Skype, which two to five people primarily utilize, Zoom just made more sense for meetings. Moreover, the video and voice quality seems to be so much better. Customer support is also more available when compared to other video conferencing apps.

Ever since the shut down of Yahoo Groups last year December, many businesses have struggled. Yahoo Groups offered the best administrative tools for scheduling meetings, mass emails, and general communication among group members. This is why many companies have started to look for a Yahoo Groups alternative. Most of them found a new home in Google+, and it’s an interesting but more vibrant interface.

Google+ has now become the social media of choice by many companies. This is because it has an easy-to-understand interface that keeps track of its members. Like other social media sites out there, members can also post various things, such as where they have been, their activities throughout the day, and what they plan to do tomorrow. But one thing stands out the most with Google+, which is its connection to other Google services.

If you plan a meeting next week, Google will notify your employees of such a meeting directly and even mark it on their calendar. Do you want to have an emergency meeting? Google Meets can quickly set that up for you. Google+ is being utilized for all of these administrative tools but at little to no price at all.

Lastly, we can’t talk about improvements in online communications without discussing social media networks and their effect on businesses. One of the most predominant social networking sites that have helped companies communicate better with their employees is Facebook.

The Facebook marketplace has made it possible for both companies and consumers to communicate with one another. Products can be sold and bought through such a platform and with such ease. Furthermore, customers can leave reviews of various products and even the company they bought the item from. Such a platform has improved communications between consumers and businesses during the pandemic.

Online communication is an important part of our daily lives today. This is also the same for every business because they rely deeply on online communication for their business operations. Thankfully, because of these improvements, businesses can perform better than before.