Can You Fight Crime with CCTVs?

In the morning of 7 July 2005, during rush hour, terrorists detonated three homemade bombs in separate locations successively while they were onboard the London Underground. Considered one of the deadliest terrorist attacks in the country, it eventually killed over 50 people, including those who carried it out.

However, it didn’t take long before the authorities, media, and the residents received a comprehensive picture of what happened, partly thanks to the closed-circuit television systems (CCTVs). In one of the videos, they saw the arrival of the bombers at King’s Cross Station before 9:00 a.m.

Police also used over 2,000 files they gathered from these CCTVs to help identify the nature and the location of the bombs. Various media channels such as Sky News and BBC One broadcast without interruption as they received feeds straight from the people’s mobile phones and pictures derived from traffic CCTVs.

In a way, the UK’s investment in CCTVs has paid off in this situation. After all, the country is likely to have at least 5 million cameras, which is one for every 13 people. This figure doesn’t include yet doorbell cameras and home CCTVs for more private surveillance.

However, others are still not convinced of the reliability and effectiveness of CCTVs in fighting crimes. What do the studies and reports have to say?

When it comes to the CCTVs’ ability to ward off crimes, the results have been mixed. A 2017 study in the European Journal on Criminal Policy and Research may be useful as an investigative tool.

To come up with this conclusion, the researchers analysed over 250,000 crimes that had occurred between 2011 and 2015 on the British railway network. The British Transport Police had also recorded these incidents.

According to the results, CCTVs were available to the investigators in at least 40 percent of the cases. In 29 percent of these, they were considered useful, which might suggest that the images or videos captured might have helped solve the crimes.

Moreover, CCTVs proved to be useful in solving almost all types of crimes, except for fraud and possession of weapons and drugs, which could be understandable since these are easily concealed goods.

In another study—this time in Newark, New Jersey—the researchers found a connection between the decreased rate of overall crime, including property (particularly auto theft) and violent crimes, and CCTV-generated enforcement.

Meanwhile, some experts say that CCTVs can help create a halo effect, which means that the level of security can extend beyond the line of sight of these cameras. 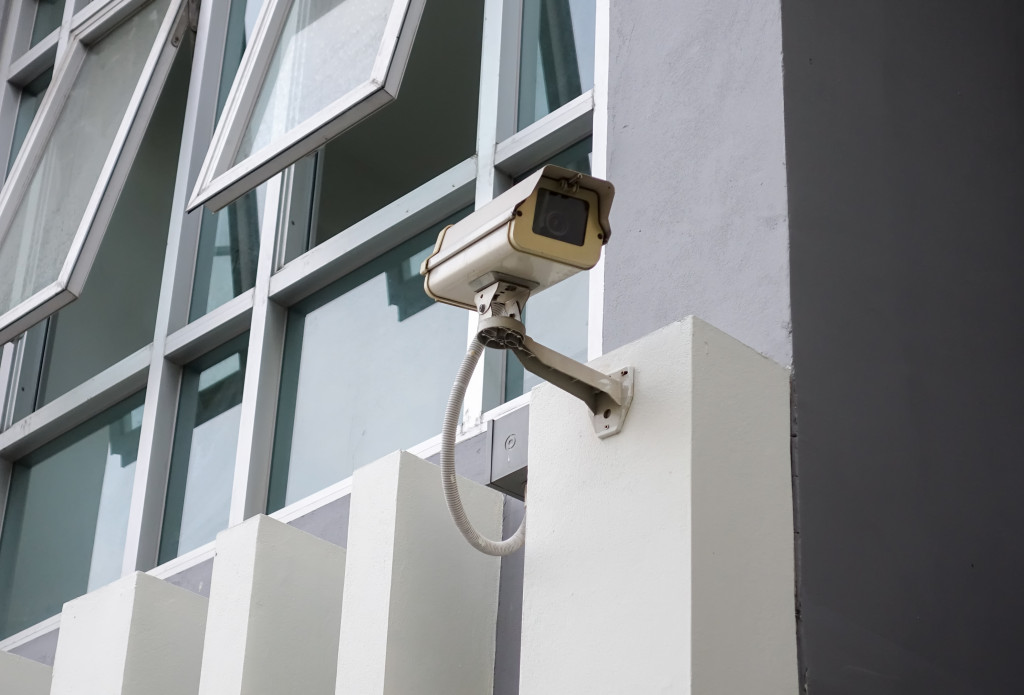 The Limitations and Doubts

Despite the costs associated with buying and maintaining CCTVs, they remain not the holy grail in solving crimes. While it may produce a halo effect, it may also result in a displacement effect, which somehow cancels out the benefits of CCTVs.

Based on this idea, CCTVs may decrease the crime rate in places where they are abundant, but they may also encourage more antisocial activities in other regions. These are probably areas where they are least found.

Further, in the New Jersey study, the researchers discovered that obstructions in the systems’ line of sight, such as lamp posts, could decrease violent crime but also worsen the auto theft cases.

Other reports also pointed out that CCTVs work more effectively when one combines them with other potential deterrents, which may include company security services. In fact, this may have a much greater impact on crime-solving because humans can monitor the systems and catch suspects in real-time.

The Use of Artificial Intelligence and Facial Recognition

To boost the effectiveness of CCTVs, the UK is now pairing these cameras with facial recognition systems equipped with artificial intelligence. These types of software can scan the faces that appear on the camera and then supposedly match them with those on the watch list. This way, the authorities can intervene perhaps through an arrest.

However, many express concern over their level of safety. This setup may only aggravate mass surveillance and possibly even breach people’s privacy.

Back to the question: are CCTVs effective in fighting crime? Based on the answers, they can be reliable tools. But they are not the be-all, end-all because of their undeniable limitations. To make them even more dependable, users may need to pair these systems with other protective measures.

To be fair to the government, though, in its 2002 post-note, it said that CCTVs could help deter criminal activity, monitor public areas, record events, and conduct direct surveillance. It never said that these systems could catch the criminals right there and then.